Here is my full video of the race.

Watch this to see the fat bike action on the course.

The Frosty’s Fat bike Race Series of 2018 came to Sundance Utah in a big way.  Sundance provided fat bike riders some excellent lift service up Ray’s Lift and dropped racers off at the top for some crazy downhill fat bike fun.  This was my very first bike race ever.  To say that I was nervous all day long would be an understatement.  I have only 1.5 seasons of experience on a fat bike, and I am not someone who seeks out competition…  Unless you are referring to strava.  Then again, I like to be quiet about trying to do better.  So getting out there on my fat bike was a big stress to think about.  When I actually got to Sundance, the atmosphere was so chill, I pretty much quit worrying about it.

Little did we know that we would get to hold our bikes on our laps.  Well, not exactly, but you had to hold your own bike somehow.  My first ride up was with another rider too, that was crazy to have 2 fat bikes on the same chair.  Basically I hooked my fat bike by the seat onto the chair.  Can you imagine dropping your fat bike from 40 feet in the air?  Would the tires explode?  I didn’t want to find out how durable the bike was that day, so I just held on to my 34lb tank.  The guy sitting on the inside of the chair lift had a much more dangerous situation to deal with because the chair is very close to the poles on that side.  He had to keep moving the bike to avoid the pole. 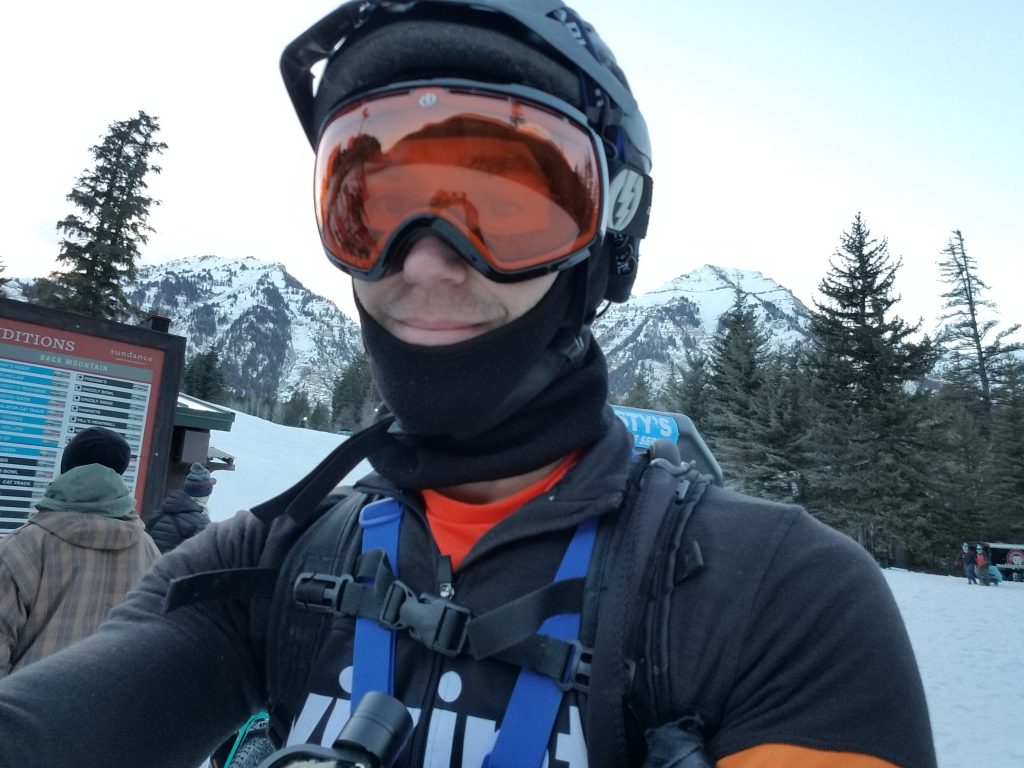 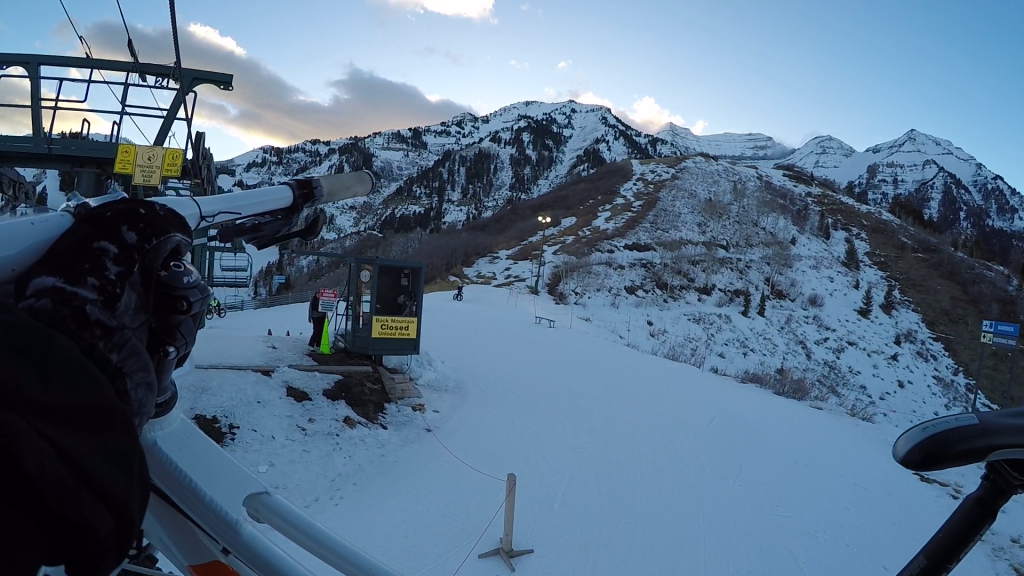 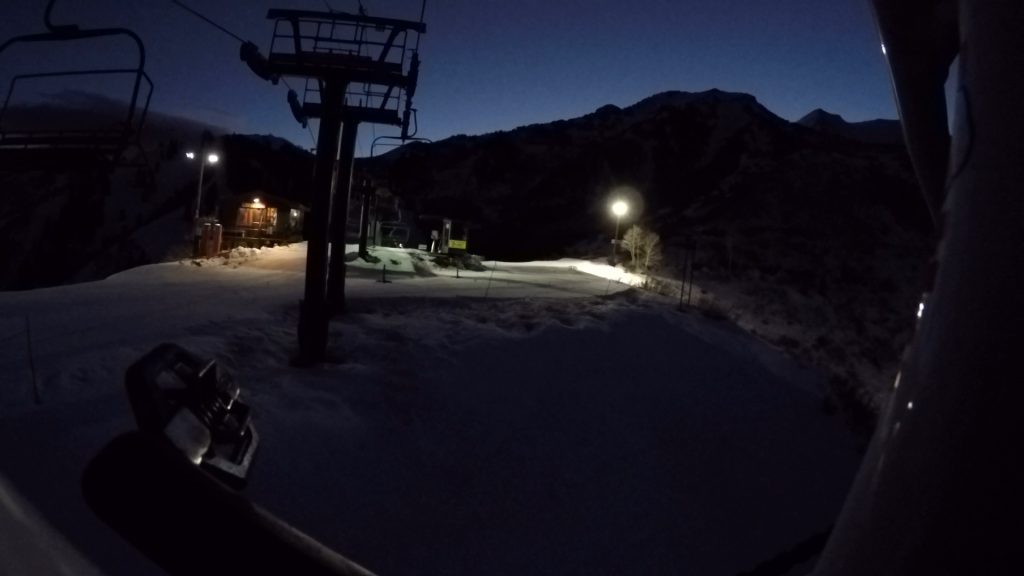 The race had 3 tiers, A, B and C.  A was for “pro” or advanced, B for intermediate and C was for beginners on a fat bike.  I was going to go for intermediate but my friend who invited me (Steve) thought that if we were racing at all we out to be shooting for the money that they were offering only to the group A riders.  So we rode with those guys.  We got showed up.  We just really need more racing experience.  I can think back to things that I could have or should have done differently to have done better in this race.  But I suppose that the opponent would also have time to reflect, so it is probably pointless to think in specifics.  I am thinking more about racing and how I would have handled any track. 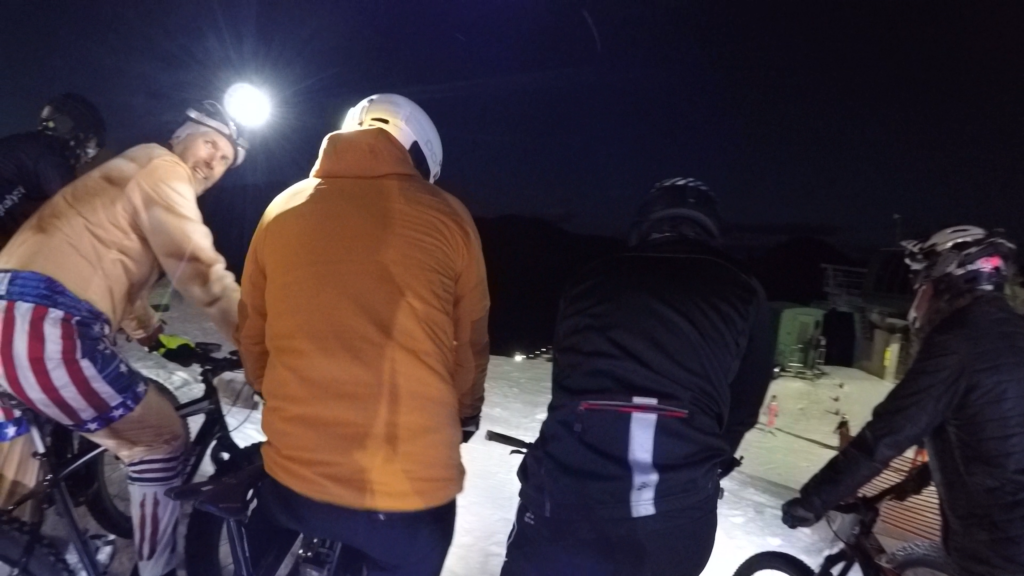 The awards were fun and it was great to support the winners (see the end of the video for more details).  I think that the prizes were just 150 for 1st, 75 for 2nd and 25 for 3rd place.

This is where we went after to try to warm our hands.  I love that Sundance has these toasty natural gas fire pits where you can warm up outside. 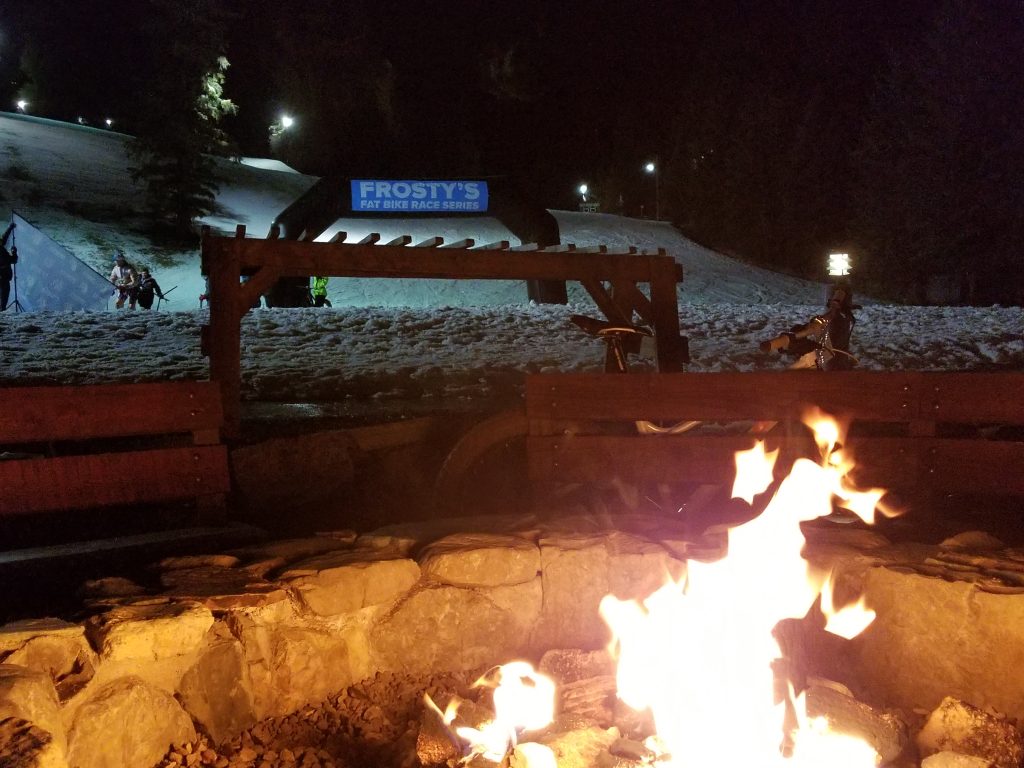 Would I do it again?

Would I do another Fat Bike Race?  Yes, for sure I would do this one.  And I might consider doing a Race with some climbing in it.